RESERVE NOW/PAY LATER
VIEW FULL ITINERARY
DAY 01: ARRIVAL/NEGOMBO
Please note: A range of hotels from Budget(3 star), Standard (4 star) & Luxury (5 star) are included in the itinerary. Prices will defer according to the selection that suits your budget. Please consult with your travel advisor before booking, Thank you.
DAY 02: ANURADHAPURA
Munneswaram Hindu Kovil.  Munneswaram Hindu Temple has gained prominence in the Ramayana legend. This temple has its origins dating back to 1000 CE, Munneswaram Kovil is one of five ancient temples dedicated to Shiva. This temple is located in the district of Chilaw, on the Wariyapola road.  ​​​
Manavari Hindu temple is also located in Chilaw.  This hindu temple too has a  direct link to the Ramayana epic where lord Rama installed the Shiva lingam and prayed after defeating king Ravana and liberating Sita. The  Ramayana epic describes Rama as an incarnation of Vishnu and the Lingam is a representation of Shiva. Ramalingam is considered an object of worship in Hinduism. There are only two lingams in the whole world named after Lord Rama. The Ramalingam is at the Manavari Temple and Rameswaram is in Tamil Nadu. Both lingams are considered sacred.
​
Anuradhapura is the most renowned of Sri Lanka’s ancient ruined cities. This historic City's dome shaped dagabas constructed of small sun-dried bricks are still reminiscent of its past glory. The Ruvanveli dagaba which dates back to the 2nd Century BC is 300ft in diameter is the most prominent. The Jetawanarama is 370ft and the Thuparama enshrines the collarbone of the Buddha. The city’s most revered relic is the sacred Bo-Tree which is said to have grown from a branch of the tree under which the Buddha gained enlightenment. This Bo-tree is the oldest historic tree in the world dating back 2500 years.
Overnight stay and dinner at hotel in Anuradhapura.
DAY 03: SIGIRIYA
Sigiriya - The 5th century rock fortress is a world heritage listed site, built by King Kashyapa in (477-495 AD). The 'Lion Rock' as it is called, is a citadel of great beauty rising 200 meters from amidst the scrubs. Sigiriya was once a 70-hectare established town. A moat, rampart, and extensive gardens including the renowned water gardens surround the base of this rock. You will see the world-renowned frescoes of the Heavenly Maidens' of Sigiriya, sheltered along the rock wall which is approachable via a spiral stairway. These frescoes are believed to be painted in earth pigments plastered on the wall. After descent from the fortress, continue your journey to Polonnaruwa.
DAY 04: DAMBULLA/KANDY
Dambulla stands as an isolated rock mass 500ft high and a mile around the base. This rock temple dates back to the First Century BC. The caves of Dambulla sheltered King Walagamba during his 14 years of exile from Anuradhapura. When he regained the throne he built a magnificent rock temple at this site, which is now heritage listed.
Proceed to Kandy to visit the historic sacred temple (Dalada Maligawa), which houses the tooth relic of the Buddha.

Kandy - Sri Lanka's hill capital. Once a stronghold of the Sinhala Kings, is a very beautiful and picturesque town. It is 488 meters above sea level and next to Colombo, is Sri Lanka's most visited city. The main attraction of this town is without doubt the golden roofed Sacred Temple where the Tooth Relic of the Buddha is enshrined. There are many shrines and temples in and around Kandy, showcasing rare paintings, frescoes, wood and stone carvings.
DAY 05: KANDY/GURULUPOTHA
After breakfast travel to Hasalak, ( 2 ½ hours drive away) to where Seetha Kotuwa is situated. This place is appropriately named Sita Kotuwa as the legend describes Sita Kotuwa as the temporary abode for Sita, after King Ravana abducted her from India by plane. This is the place where a beautiful palace was built for queen Mandothari who lived here. It was known at the time as the city of Lankapura. This palace (Kotuwa) was surrounded by waterfalls, streams and many varieties of flora and fauna. Seetha Devi was kept in this palace until she was moved to Ashoka Vatika. Ashoka vatic is now the place where the Sita Amman Temple is located. You will see the gigantic footsteps of Hanuman nearby, after he destroyed the Ashoka Vatika temple. It was the location where Sita, the wife of Rama, while being held captive refused to stay in Ravana's palace and preferred to stay under the Ashoka tree.
DAY 06: NUWARA ELIYA
Shri Bhaktha Hanuman Temple in Ramboda. According to the legend, this is the location where Hanuman searched for Sita in the jungles surrounding the temple. There is a stretch of barren land known as the 'Chariot Path" at Pussellawa. This is the route that Ravana used to take Sita to Ashoka Vatika (Beautiful Gardens) to impress her with the beauty of kingdom.  There is also a pond - the 'Sita Tear Pond' – believed to be formed from Sita's tear drops. The Chariot Pathway is situated in a remote location. A moderate 3 hour trek to this pathway reachable on a bumpy road by trishaw. (Tuk Tuk)).
Optional tours are available for those wanting to visit Sita' Tear pond and the Chariot path.
​
DAY 07: KATARAGAMA
Before heading to Ella, visit Seetha Amman Temple of Nuwara Eliya, the place  where Sita was held captive by the demon-king Ravana in the Ashoka forests of this region. The temple trustees believe that Sita was imprisoned at this location.
Asoka Vatika, now known as Hakgala Botanical Gardens,is the place where King Ravana built Haggala as a pleasure garden for Sita  It is well noted that the Haggala Garden is mentioned in the Ramayana as Ashok Vatika. The area was also called "Sita Eliya" and  the "Sita Amman Temple" was built here in memory of the legend.
Because Rama doubted Sita's chastity, Sita undergoes a trial by fire (Agni Pariksha). Sita declaring that if she has been faithful to Rama  the fire not harm her; Sita comes out unscathed from the fire-god with Agni as proof of her chastity.
Ashok Vatica is the place where Sita was held captive for 10 months when Rama was exiled for 14 years. He spent 13 years with his brother Lakshman and wife Sita in the forest at Panchavati. Ashok Vatika is now called Nuwara Eliya. You can explore the streepura cave and Ravana cave nearby.
​
DAY 08: GALLE/COLOMBO 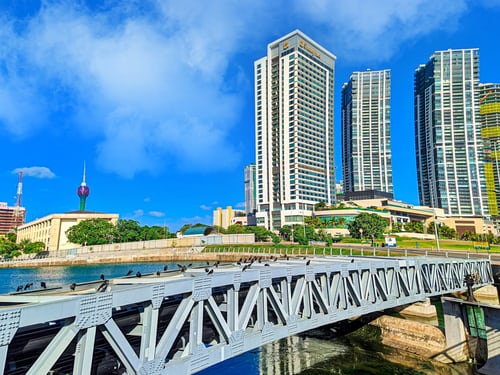 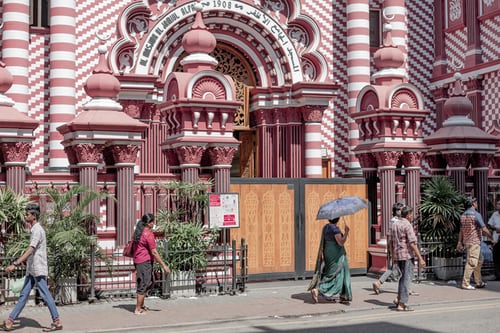 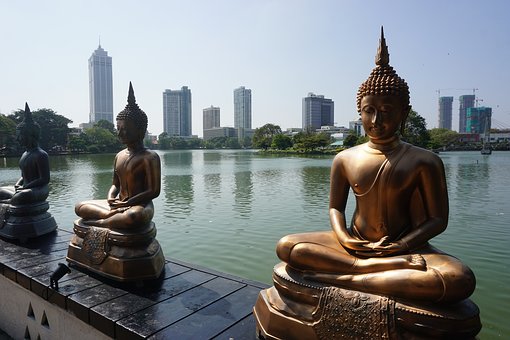 Colombo, like many capital cities in developing countries is fast changing its face. Almost overnight, skyscrapers arise from where old buildings once stood. Yet in some parts, the old world charm is retained. For example, there is a 100-year-old clock tower and several British built colonial buildings.
DAY 09: DEPARTURE HOME
WHAT' INCLUDED
NOT INCLUDED
Important!!!!!!
PRICE PER PERSON