CODE:STLW50DISC7D
Overview
Sri Lanka Discovery Tour 7 days
Discover Sri Lanka starting with an enchanting visit to Sri Lanka's ancient kingdoms of Anuradhapura, Polonnaruwa, Sigiriya and Dambulla. These cities fall within the cultural triangle and are all heritage listed by UNESCO. Your next interesting aspect of the tour will be your visit to the central hills where the landscape and scenery will change from humidity to cooler and comfortable climatic conditions. Lush green valleys adorned with tea plantations, misty mountains, cloud forests and amazing scenery will capture your attention. On day 7 you can try out the thrills of white water rafting and continue your journey to Colombo - the hustle and bustle of the metropolis which is rapidly changing with new high rise buildings, night life, gourmet restaurants and a heavy presence of traffic.
​Discover Sri Lanka
RESERVE NOW/PAY LATER
ITINERARY
DAY 01: ARRIVAL/COLOMBO
DAY 02: ANURADHAPURA/SIGIRIYA
Anuradhapura is the most visited town of Sri Lanka’s ancient ruined cities. The city’s greatest treasures are its dagabas constructed with small sun-dried bricks, hemispherical in shape. The most notable of these dagabas are the Ruvanveli which dates back to the 2nd Century BC and is 300 ft in diameter,was build by the great king Dutugamunu who reigned from 137BC to119 BC. the Jetawanarama is 370 ft,was built by King Mahasena of Anuradhapura (273–301) and the Thuparama which enshrines the collarbone of the Buddha, This dagga was built by King Devanapiyatissa, who reigned from 307 BC to 267 BC. Buddhism arrived to this kingdom during his reign. The city’s most renowned relic is the sacred Bo-Tree which is said to have grown from a branch of the tree under which the Buddha gained enlightenment. It was planted 2250 years ago and is one of the oldest historic trees in the world. 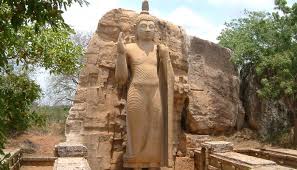 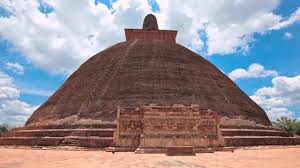 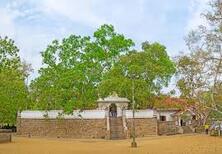 DAY 03: POLONNARUWA/SIGIRIYA
Sigiriya - Sigiriya is a massive rock fortress built by King Kasyapa, who ruled the country from 473 to 495 CE. The capital and the royal palace were abandoned after the king's death. Stories of betrayal,  intrigue, patricide, guilt and suicide surround this mighty citadel. After the death of King Kasyappa, Sigiriya was used as a buddhist monastery until the 14th century. The rock fortress is famous for its frescoes and the mirror wall. Sigiriya today is a UNESCO listed World Heritage Site. It is one of the best preserved examples of ancient urban planning. It is the most visited historical site in Sri Lanka 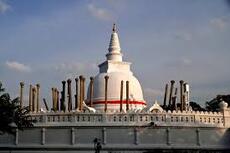 Polonnaruwa - the capital of Sri Lanka dates back from 11th -13th century A.D. The monuments at Pollonaruwa have been well preserved. The circular relic house (Vata-da-ge) Lankathilaka, Thuparama, Royal Palace, Rankoth vihara and Galvihara with the beautiful rock-cut Buddha statues are amazing works of art. The Parakramabahu statue, Quadrangle, Thuparama Image House, The Gal Vihara, The Lankathilaka Image House, and the 12th century Lotus bath are worth exploring. ​
DAY 04: DAMBULLA/KANDY
Dambulla stands as an isolated rock mass 500ft high and a mile around the base. This rock temple dates back to the First Century BC. The caves of Dambulla sheltered the King Walagamba during his 14 years of exile from Anuradhapura. When he regained the throne he built the most magnificent of Rock Temples in Sri Lanka, at this site. Also known as the Golden temple it remains well preserved throughout the centuries. There are a total of 153 Buddha statues, three statues of Sri Lankan kings and four statues of gods and goddesses and Hindu deities Vishnu and Ganesh. The buddha's first sermon and temptation by the demon Mara could be seen illustrated on the walls of the cave. Skeletal remains of pre-historic human burial sites have been discovered by archeologists in this cave dating back 2700 years.  ​​ 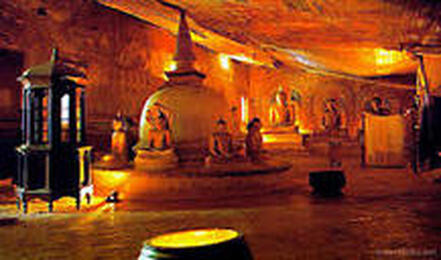 Kandy - Sri Lanka's hill capital. Once a stronghold of the Sinhala Kings, is a very beautiful town. It is 488 meters above sea level and next to Colombo is Sri Lanka's most visited place. The main attraction of this town is without doubt the golden roofed Sacred Temple where the Tooth Relic of the Buddha is enshrined. There are many shrines and temples in and around Kandy, showcasing rare paintings, frescoes, wood and stone carvings. ​
DAY 05: PERADENIYA/KANDY 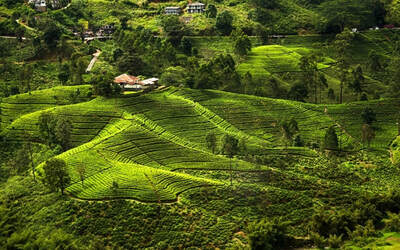 Nuwara Eliya Tea Plantations & Factory - The ‘Little England’ of Sri Lanka, is set against beautiful backdrops of Mountains, Valleys, Waterfalls and Tea Plantations. It is supposed to be one of the coolest places in the Island, but it is really just like an English spring day, although the temperature does drop at night. All around Nuwara Eliya you will see evidence of the British influence, houses like country cottages or Queen Ann style mansions. The Victoria Park, in the middle of the town, is a lovely place for a stroll or a picnic and is also good for Birding as you get some rare birds in this Park.
KITHULGALA/AIRPORT
WHATS INCLUDED
NOT INCLUDED
IMPORTANT
Important!!!!!!

The above Star classification is based on local industry standard & it’s not based on the International standards.
Cancellation Policy (Based on hotel cancelation policy)
PRICE CHART
This price chart is for your convenience.
You have three categories of hotels to choose from - Budget/Standard/Luxury.
Please select which category hotel suits you best and notify us on the contact page provided with the code.
Thank you.

RESERVE NOW
BACK TO TOP